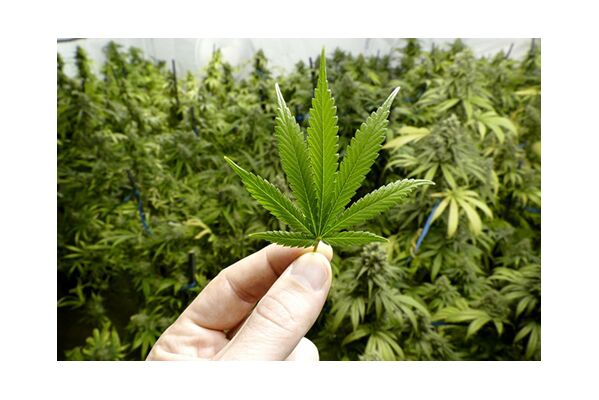 The History of Cannabis

Where does hemp Originate?

As a plant, hemp (cannabis sativa) was originally found in Central Asia, through China and Mesopotamia. It has been used in various forms for thousands of years, although some of the earliest recorded traces indicate China is believed to be the first country to grow and use marijuana. 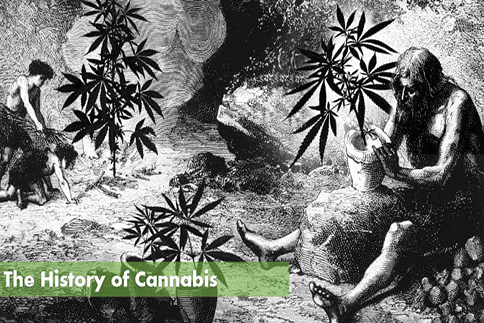 The use of hemp in China dates back to at least the neolithic period as attested to by hemp flower imprints found on pottery from the Yangshao culture around the 5th millennium BC.

Farming in China dates back to the legendary Shennong Dynasty. Gaocheng Taixi Village in Hebei Province, the Shang Dynasty site, has been excavated cannabis fragments that date back 3400 years.

Hemp is found in the "six cereals" mentioned in The Spring and Autumn Annals of Lu shi (whether the grains contain hemp is disputed). This is because hemp has many uses. For example, hemp fiber can be used to weave fishing nets, twist ropes, make clothes, and other raw materials. Hemp seed can also be eaten directly or processed into edible oils and various foods. The earliest extant Chinese medicine book "Shen Nong Ben Cao Jing" has "hemp Ben (hemp ren with shell called hemp Ben) eat more, people ghost, crazy walk, long time to conquer the gods" record. Some scholars also believe that hemp is the source of the psychoactive component in the hemp boiling powder made by Zhonghua Tuo. The seeds, stems, and leaves of hemp are also commonly used in the formulation of traditional Chinese herbal medicine. For example, there are hundreds of records on the medicinal and health care uses of hemp in the Compendium of Materia Medica. For example, the Classic Avesta book lists more than 10,000 medicinal plants and cannabis among them.
Similar applications have also been made in other countries and regions.

It is thought that in the pre-neolithic period cannabis was cultivated in Japan for its fibers and  food, possibly even for the psychoactive properties altho this cant be verified.  On the Oki Islands close to Japan and archeological site containing cannabis achenes ( a type od dry fruit) dating back to about 8000BC.

In Indian society the cannabis plant has been used since at least 2000BC. The cannabis flower (ganja), the resin (charas) and seads and leaves (bhang) were all prepared and used in society, mainly in religious practices. The Hindu god God Shiva is renowned for his love of cannabis, and for those devoted worshipers smoking charas is a deep part of their religious practice.

Arabs may have learned from the Egyptians to steep marijuana in boiling water and then inhale it to relieve their disease. The death of a mummified woman found in the Altai Mountains in 1993, presumed to have been caused by an overdose of marijuana used to alleviate the effects of cancer and osteomyelitis, may have been the first of its kind. In addition, marijuana has been used in many ways throughout history, the first paper was made from hemp fiber in China in around 100AD.

Early cannabis use in the west

Cannabis was introduced relatively late in the West, with the earliest recorded cannabis in Europe being around 270 BC and not widely cultivated until the 16th century.

Marijuana, like most traditional drugs, has long been perfectly legal or even encouraged or forced to be grown, as in the United States. Marijuana is in American history dating back to the colonial period. In 1611, the British settlers in Jamestown, Virginia, cultivated the cannabis plants because the hemp fiber can be used to make sails, rope, its by-product can be used to make wooden ships oakum, so marijuana became a considerable commodity and even strategic materials.

But because cannabis consumes so much of the fertility of the land and has so little economic value, farmers' interest has been limited, and at one point, they have paid fines rather than grow it. From the King of England to the colonial government, only semi-coercive methods could be used. In 1619, the Virginia Legislative Assembly enacted the first statute applicable to marijuana in the United States. The statute required every farmer to grow marijuana. Founding father and first president of the US, George Washington grew hemp on his farm. Yep that's right, he grew his own, and he wasn't alone, a number of prominent figures and founding fathers were also growing hemp at that time. John Adams Thomas Jefferson, James Madison, and Benjamin Franklin all grew hemp.

In 1839, Shaughnessy began the study of cannabis in western medicine. In 1854, the U.S. Pharmacopeia listed the term "cannabis" as a medicine, noting that if the dose is too large, it could have a "worrisome effect." In the decades that followed, drugs containing cannabis resin were widely used as painkillers and sedatives. Researchers tried to extract the useful components used for drug preparation, but there was much difficulty in separation and purification. In 1898 they managed to extract the first active component, "red oil" (in fact, the marijuana), but it took them some thirty years to reproduce the results finally, they succeeded again in 1931, but the extracted mixture was impure rather than presenting a single component. It wasn't until 1940 that the molecular structure was finally identified.

Marijuana has not been used as a pharmaceutical preparation for long, as it was quickly discovered that it did not provide a "stable" effect on treatment. Instead, it as found it could caused anxiety, hubris, depression, confusion, and other psychiatric symptoms, as well as increased heart rates and reduced coordination. Poor dose control can aggravate symptoms. And as the abuse of marijuana, is to know and to strengthen the side effects of marijuana, in 1913, the California medicines agency by modifying the state hazardous substances Control Act (Toxic Substance Control Act, TSCA) in the form of weed control, became the most active control of marijuana state (but there are also people who believe this period of weed control is the result of racial discrimination, because in the United States at that time is used was much lower among white's as opposed to other races. So it's though the portion of American society based on traditional Puritan thought may also have played a role.

In 1914, The Us Congress approved The Harrison Narcotic bill to control cocaine and marijuana. By 1931, 30 states had banned the use or possession of marijuana through new laws or changes to existing ones. In 1937, the association of physicians (ACP) in the United States strongly opposed to the case; congress passed a marijuana tax, used for recreational use of marijuana illegal, medical and industrial use to impose consumption tax, despite all the research results show that marijuana is not an addictive drug. Also, there is not have enough evidence to prove any correlation between crime and marijuana.

Marijuana is an addictive drug.

During World War II, when Japan cut off the fiber from Asia, the U.S. Department of Agriculture encouraged the cultivation of marijuana for parachutes, tents, ropes, and so on. The slogan was "Hemp for Victory," and a special "War Industrial Hemp Board" was created for the occasion.

Twice in 1954 and 1957, the world health organization (WHO) made no therapeutic value conclusion on cannabis, again in 1965, the group said "abuse of cannabis caused harm to society, characterized by individual medication can't do its social functions, and easier to make the society and anti-social behavior, and thus caused economic losses to the society.

But they also pointed out in 1969 that "marijuana is not an addictive drug, it is a dependent drug."

In 1961, the Single Convention on Narcotic Drugs, adopted by the United Nations, combined cannabis, opium, coca, and its derivatives (such as morphine, heroin and cocaine) with serious Narcotic Drugs.

The regulation of marijuana

In 1971, U.S. President Richard Nixon created the Drug Enforcement Administration (DEA), which included marijuana as a class I Drug product along with heroin and cocaine. The decision is seen as decisive in regulating cannabis.

Taking into account the traditional economic and medicinal value of cannabis plants, the United Nations amended the 1961 Single Convention on Narcotic Drugs in August 1975, expressly stating that "this Convention does not apply to the cultivation of cannabis plants exclusively for industrial purposes (fibers and seeds) or horticultural purposes." The Convention against Illicit Traffic in Narcotic Drugs and Psychotropic Substances, adopted by the United Nations in December 1988, also states that "due consideration shall be given to historically proven conventional legitimate USES and to the protection of the environment."

Despite the conclusions of the WHO (which may also be related to the political environment of the time), research on the medicinal value of cannabis has been ongoing. In 1986, THC, one of the main components of cannabinoids, was approved in the United States as an anti-vomiting agent for patients undergoing chemotherapy for cancer.

In 1990, cannabinoid receptors were discovered. In 1992, Devane isolated the first endocannabinoid from the brain of pigs, arachidonoylethanolamide, which was named anandamide. The discovery of these two substances has led to a new stage of research into the possible medicinal value of cannabis. Studies have shown that cannabinoid compounds if used medically, can aid the treatment of certain terminal diseases (cancer and AIDS), increase appetite, reduce pain, and reduce nausea in patients undergoing chemotherapy; It also relieves neurological symptoms such as seizures and migraines. More importantly, many cannabinoid compounds (such as cannabidiol) with these physiological activities are non-psychoactive compounds and are hardly addictive. 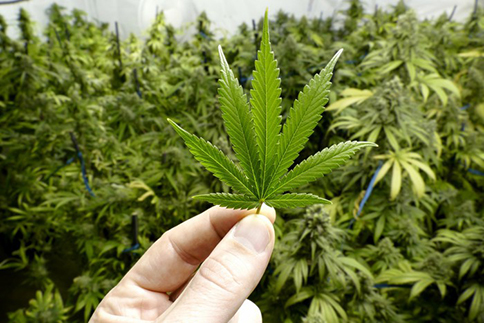 Since then, many states and countries are rediscovering what was known millennia ago in India, China, and central Asia but can now back up with scientific proof. Cannabis has a myriad of roles and can offer significant health benefits, which can be used as treatments to alleviate the pain and symptoms of many diseases. It's gone from a small insignificant niche to a multibillion-dollar industry and only seems to be getting bigger.

If you liked this article why not check out our article on how to consume marijuana or learn about all the different cannabis concentrates.