0 
Cart
View cart
Checkout

Sign in Register
or
Home/Blog/What Does Cannabis Smell Like Before and After Smoking?

What Does Cannabis Smell Like Before and After Smoking? 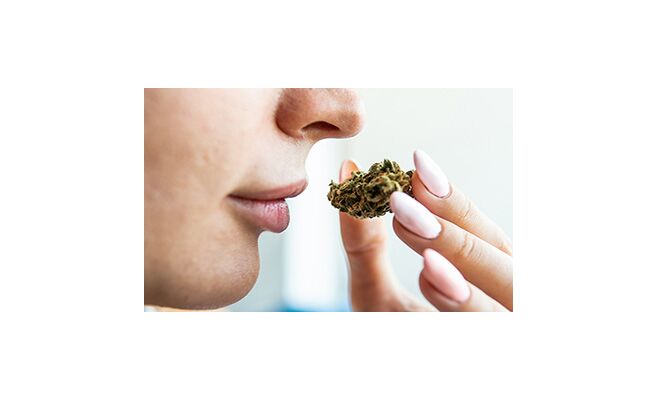 What Does Cannabis Smell Like Before and After Smoking?

Weed is the dried leaves and flowers of the cannabis plant. Due to its chemical composition, cannabis has psychoactive and medicinal properties.

Marijuana is consumed in many ways; the most common method is smoking. For this, it can be rolled up into a cigarette form (joint) smoked in a pipe or water pipe (a bong). It can be taken to relieve pain, treat anxiety, or for recreation.

The sale and use of marijuana are still illegal in many states in the USA without a prescription. When combusted, marijuana releases a distinctive smell which has a piney and skunky grass sort of scent. If you want to smoke weed without the smell giving you away, you can read this article on how to hide the smell of weed.

However, if you're not used to the smell, it can be difficult to know if the scent you're smelling is marijuana. The various types of marijuana may smell different from each other, making it more complicated to be sure of what you're smelling.

This article answers questions about the smell of marijuana at different stages of use and consumption and some of the differences between strains. 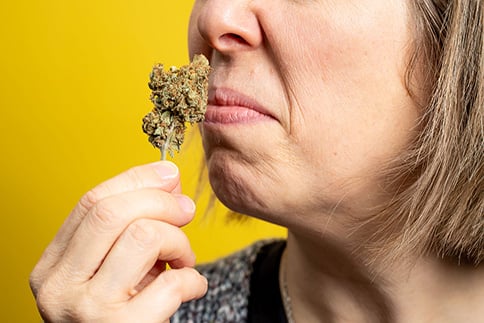 What Affects The Smell of Marijuana?

It also becomes pungent when you smoke it. Cannabis that is older before being harvested and dried has a significantly stronger scent.

Terpenes are organic compounds found in all plants, including marijuana. It is these terpenes that give cannabis its fragrance. One of the most common of these is myrcene, which is also found in thyme, mango, lemongrass, and hops. Its thought to promote calming effects.

The pinene terpene is also present in cannabis. It is perhaps the most abundant terpene in the natural world and has an aroma that smells a lot like pine trees. Its also found in rosemary, dill, parsley, and basil. It is thought to be useful in treating pain, inflammation, or anxiety and has long been used in herbal medicine.

Limonene is another terpene produced in the flower's resin glands. Its commonly associated with a fruity, citrusy aroma and is found in the rind of lemons and oranges, as well as in juniper. It is believed to providing relief from stress and anxiety.

These are just a few of the many terpenes you may find in marijuana. Each strain will have different combinations, which will change its odor. For example, a strain of cannabis with pinene will smell more like pine.

Marijuana plants smell similar during the growth process and after harvesting and drying. They give off a piney "skunk" odor that intensifies as the plant matures.

When the flowers of the cannabis plant blossom, the smell becomes more powerful. 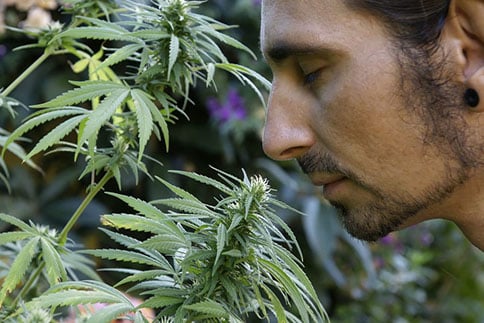 The two most common strains of cannabis plants are Indica and Sativa cannabis.

For decades, botanists and marijuana connoisseurs have claimed that Indica and Sativa are distinctly different species. Studies show a difference in their medical benefits, so it is no surprise that the smell profiles should be different. The Indica strain smells acrid, while the Sativa smells more spicy or sweet.

Despite this, it seems, at least to some experts, that it is impossible to smell the difference between Indica and Sativa strains. Part of the reason is that there's a lot of hybridization between these two particular strains.

One small study found that participants who had purchased marijuana in the previous months could smell the difference between several varieties of marijuana. 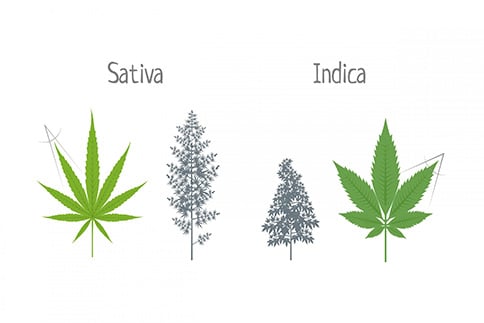 What Does Marijuana Smell Like at the Time of Purchase?

Cannabis consumers describe the plant's smell as earthy, woody, and herbal. Sometimes the aromas of the plants carry hints of lemon, apple, plum, or diesel.

The smell of dry marijuana is much more pungent than that of some other dry plants. 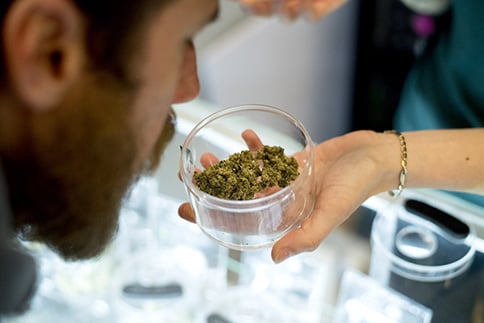 How Does Weed Smell on You when it's been smoked?

The smell of weed can cling to your clothes, hair, and skin. When you smoke marijuana, the smoke can also amplify your body's natural odors, such as sweat.

This is also combined with the smell of fire, smoke itself, ash, and burned paper.

When a person smokes marijuana, the mustiness or a faintly foul odor can persist.

Marijuana smells like a "skunk" because of one of its terpene components - myrcene.

Myrcene is found in many other highly aromatic plants, such as bay leaves, mangoes, hops, and thyme. Different types of marijuana can contain more or less myrcene.

It is made from the compressed resin of the cannabis plant. This is why hashish smoke smells like cannabis smoke with a more earthy smell mixed with the hints of fire and ash. 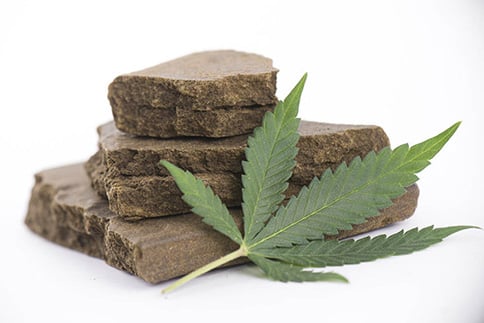 Synthetic weeds are produced in a laboratory and are mixed with other chemical elements. It is sometimes called K2, mamba, or spice.

Synthetic weed has nothing to do with the marijuana plant.

It is unregulated and can contain virtually any kind of chemical. Therefore, there are no standardized synthetic weed smells.

Cannabis gives off a distinct skunky and earthy odor. It may be hard to recognize at first, but once you have smelled it, you'll be aware of its very unique fragrance.

Marijuana smells slightly different, depending on the way you smoke it and the strength of the strain.