Does Anyone Still Smoke Spliffs? 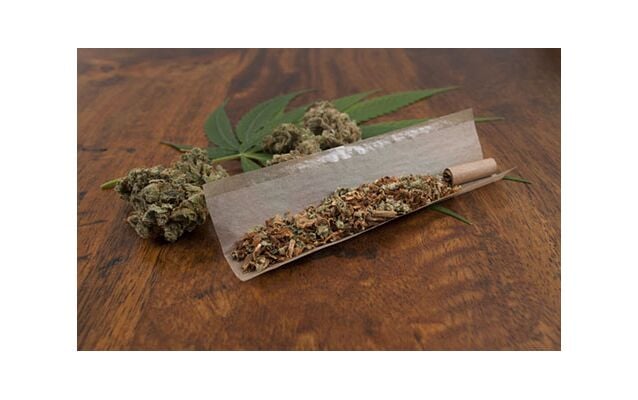 Does Anyone Still Smoke Spliffs?

It has been the subject of pothead art, movies, and countless songs, most famously the Bob Marley song "Easy Skanking," released way back in 1978. The song begins, "Excuse me, while I light my spliff."

However, the popularity of the beloved spliff in American culture has declined over the years.

Why is that? Will this symbol of weed culture disappear going the way of the lava lamp or a roach clip?

Or will spliffs continue to be popular among weed smokers even as they are eclipsed by new technologies like vapes, CBD oil, concentrates, gummies, and other edibles?

What is a Joint, a Spliff, and a Blunt?

So before we get too in-depth, let's check our terminology as it can get a little confusing.

Joints are the typical and most common way to consume cannabis. It's small, portable, and easy to roll and smoke just about anywhere. Anywhere cannabis is legal, that is. It's cannabis rolled up inside a rolling paper like a self rolled cigarette but with cannabis. The papers come in different sizes, colors, and even flavors for added novelty value. Joints will often have a filter at the end. This is often just a rolled-up bit of thicker paper or thin cardboard at the end and called a roach. It helps support the joint and is something to hold when smoking it. It also lets you smoke down the joint without burning your lips. 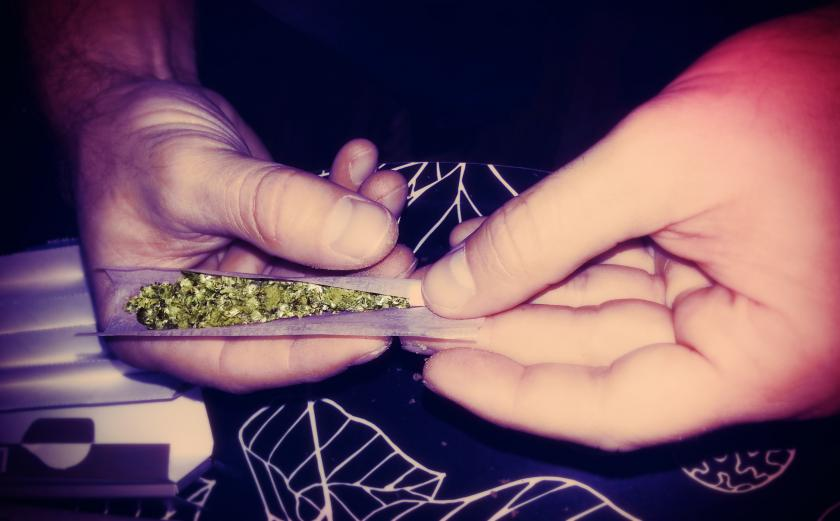 A blunt is a roll-up with cannabis inside a cigar or blunt wrap. These wraps are made out of tobacco, which adds a nice buzz and some energy to your cannabis high. They are typically fatter and longer than joints like mini cigars. They are a little like cigarillos, you know, those thin cigars you see them smoking in the spaghetti westerns. 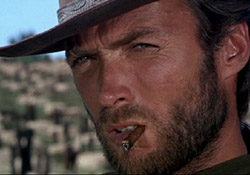 A spliff is like a joint, but rather than just cannabis, the spliff has tobacco and cannabis mixed inside the rolling paper. This would typically be more tobacco than you'd get in a blunt, but the exact ratio of tobacco to cannabis varies by preference. A spliff will also have a roach like joints do and for the same reasons.

The above is the accept US terminology and, therefore, the one I will use in this article. However, in Europe, the names are reversed. A joint is a roll-up with cannabis and tobacco, whereas a spliff is exclusively cannabis. 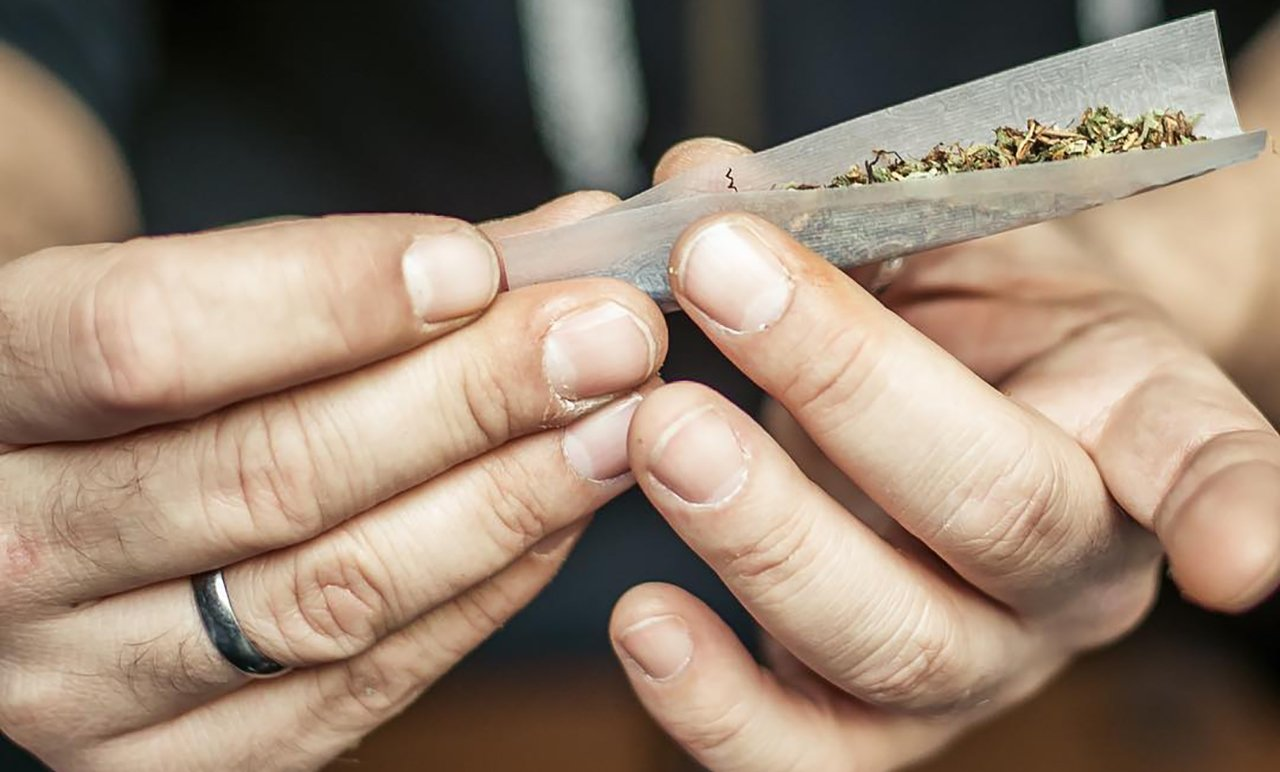 Why Do People Smoke Spliffs?

The popularity of the spliff in stoner culture is well earned. The high from cannabis with that clear-headed buzz from the nicotine produces a caffeine-like high.

Relaxed, but still alert, which is what many casual weed smokers are looking for.

There were plenty of times in my youth where I would chill with a spliff and relax, knowing I wouldn't get so high as to be unproductive later on.

I think, like me, many found spliffs the ideal way to enjoy pot without worrying about getting too high to handle the rest of the day.

For those who already consume both tobacco and weed, combining them is natural, and a large number of the world's population already smokes.

Beyond the clear high, rolling spliffs made a lot of sense in the days before legalization when cannabis wasn't so to come by.

Adding tobacco to the sticky buds makes the joints more consistent and easier to roll.

The tobacco also creates pockets of air inside the joint, which means you get a cleaner draw when smoking.

In addition to making better joints, smoking spliffs is a practical way to extend one's weed supply, which comes in handy for unexpected drought is in supplies.

How Common are Spliffs?

The decline in spliffs smoking is an altogether American phenomenon, and here's why.

According to the 2014 Global Drug Survey, more than half of Australian weed smokers use a mix of tobacco and cannabis.

For many European countries, smoking spliffs is almost the only way to enjoy cannabis on the continent.

For Italians, spliffs are the go-to way to consume weed, with 94% of cannabis-smoking citizens adding tobacco to their pot.

When I lived in the UK, spliffs were the most common way we smoked weed. That, for the most part, is because we often found the only weed readily and easily available was a skunk.

Skunk is a strain of cannabis going back to the 70s, a cross between mountain hashish strains from Afghanistan and Pakistan with potent Sativa cannabis from Central and South America. This highly adaptable and potent plant was ideal for growing indoors and got its name from the pungent aroma. This made it ideal for Northern Europe, where it was introduced to Amsterdam (from California) and from where it found its way into the UK.

We rolled skunk mixed with tobacco into spliffs partly because of its potency, which was natural as we all smoked cigs back then. It also allowed our weed to go further, an ideal outcome when we were poor students without much disposable income.

Across the Atlantic, the picture is very different.

The apparent difference in spliff versus blunt enthusiasm comes down to two main but related factors: location and history.

Until recently, Europeans were more likely to procure cannabis in the form of hashish or skunk in the UK.

From Spain to Switzerland, Europeans are smoking just as much hashish,

ounce by ounce as they are flowers.

Cannabis is mainly imported into Europe from North Africa, and historically this has been in the form of hashish.

This concentrate is more potent than marijuana flower offering more bang for their money.

The gold, brown, and black resin bricks are also easier to smuggle to the continent than large bales of cannabis flowers. Because it's nearly impossible to roll this thick concentrate into a joint and harder to keep it lit, adding tobacco is necessary. That tradition had formed a strong habit that continues today, whether it's hash or flower in the joint.

In the United States, cannabis has always been available in the dried flower form from local growers in places like Canada, Mexico, and California.

That's why smoking spliffs, rather than blunts with just weed, is more of a choice than a necessity. Additionally, the propensity of smokers in Europe is higher than in the US.

In Europe, more than a quarter of people over the age of 15 smoke every day. Meanwhile, the smoking rate in the United States dropped from nearly 21 percent in 2005 to less than 16 percent in 2016, according to a study by the Centers for Disease Control and Prevention (CDC).

In the same decade, the number of smokers aged 18 to 24 in the United States fell by a third, the steepest decline of any group. Fewer people smoking cigarettes means fewer people with a cigarette to hands to put into a joint. The anti-tobacco stigma means fewer people want the harmful tobacco smoke in their lungs, so they would instead opt for pure cannabis roll-ups.

The change can also be attributed to an increase in the variety of cannabis. With the emergence of more and more varieties of cannabis, each with its own unique effects and strength, smokers do not need to add tobacco to reduce or enhance the effects.

This also increases availability which has come through legalization. Even outside the states, where prices are falling all the time, it's easier to buy and keep stocked with weed, so you don't need to eke out your weed by cutting it with tobacco.

Also, there are many more options for smoking. With glass bongs, grinders, dry herb vapes, and pre-rolls, fewer people need to pad out a joint.

However, despite all this, it turns out you can't beat the classics.

A Civilization and PSB survey of 1,600 North American adults found that old-fashioned joints or blunt still remains the most popular way to take cannabis.

In the United States,52 percent of respondents put joints and blunts at the top of the list compared to 45 percent who favored pipes.

In Canada, joints and blunts were even more popular, with 68 percent of respondents marking them as their first choice.

Smoking Spliffs in the United States

So it appears for now at least that spliffs are here to stay.

One day spliffs may just be remembered in songs and pop culture from the past, but it won't be any time soon.

The Venn diagrams of tobacco and marijuana smokers have always overlapped, especially in college.

However, it must be stressed that tobacco has many adverse effects, so if you stick to just cannabis, you'll thank yourself later.

Check out this guide to consuming marijuana if you're looking for the healthiest way to enjoy weed.