Best cannabis for pain relief: Rich in CBD or THC? 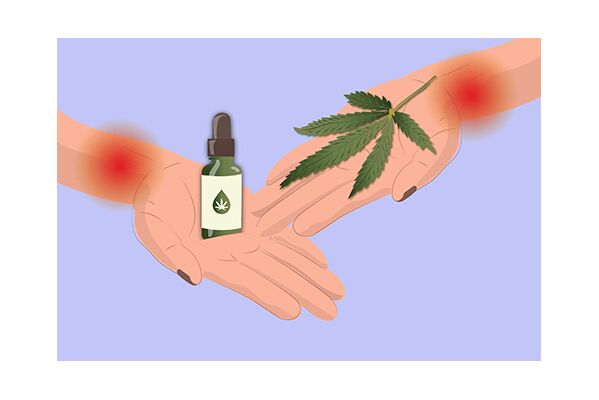 Best cannabis for pain relief: Rich in CBD or THC?

If you're struggling with chronic pain, one of the safest and most effective options might be marijuana.

That's why most doctors surveyed now agree that marijuana is acceptable to their patients and why medical marijuana is legal in about two-thirds of US states. Even those states that legalized marijuana for recreational purposes began by allowing registered patients to buy marijuana at pharmacies.

Different strains of cannabis have distinct properties because each strain (more than 1,000) contains different THC and CBD levels, the main cannabinoids that give cannabis its psychoactive and medicinal properties. Each also has different terpenes and flavonoids, which are an additional natural source of health benefits and are the source of flavor and smell in cannabis. 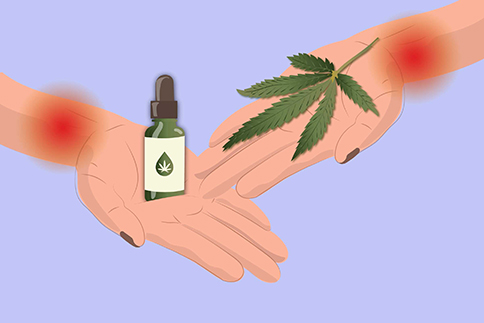 Overview of THC and CBD

Cannabinoids are the active ingredients found in cannabis plants. They are mainly therapeutic compounds. Two of the studied cannabinoids are tetrahydrocannabinol (THC) and cannabidiol (CBD).

To date, over 100 cannabinoids have been identified, and detailed research is progressing in cannabinoids, such as cannabidiol (CBG) and tetrahydrocannabinol (THCV).

The abundance of active compounds is one reason experts believe cannabis could be used to treat various diseases.

It should be noted many of these cannabinoids can only be active in the body if they have been decarboxylated before. This is most commonly done when the plant material is heated, so smoking, vaporizing, or baking is important. Once decarboxylated, the then active compounds play a role in the endocannabinoid system (ECS). This system helps the body regulate sleep, mood, pain, and immune response. It does this by generating its own cannabinoids. When the body fails to produce the correct or sufficient cannabinoids to regulate these and many other functions, we can experience illness. By replacing those missing cannabinoids with ones from the cannabis plant, we can help out the ECS and improve our overall health. 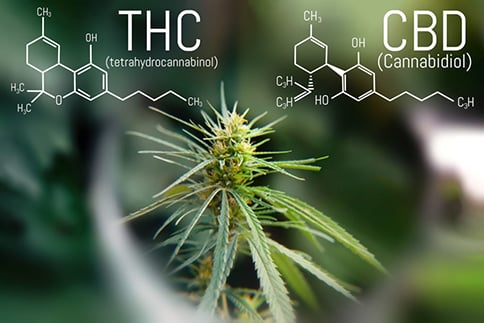 The difference between THC and CBD

Both THC and CBD have a positive impact on cannabis. But experts have only linked THC to a strong psychological effect we know as "becoming high." This is one of the main differences between the two components.

When looking for the best type of cannabis for pain relief, you need to consider how much THC and CBD it contains.

In general, you will find the best relief from a strain with both high CBD and high THC. This is because CBD can help mediate THC's side effects while also providing additional anti-inflammatory and pain-killing properties.

There are times when you may prefer the effects of higher THC or higher CBD strains. An example would be experiencing inflammation, but you still want to have a typical day without THC's psychotropic effects. In this case, high CBD and low THC strains can alleviate symptoms but have little impact on mental function.

At other times, you may be in so much pain that you wish something would take the pain away while also taking your mind off it. In this case, it may be beneficial to take a high THC strain.

High CBD strains for treating pain and other illnesses

CBD has been found to effectively treat pain, either alone or in combination with THC. When used alone, CBD is best suited for inflammatory pain, such as pain caused by arthritis or injury.

In an animal study of arthritis pain, CBD's topical application was found to reduce inflammation and pain. Another animal study found that CBD can reduce neuropathic pain by suppressing chronic inflammation.

CBD does not bind directly to the receptors in the endocannabinoid system but plays the role of regulating endocannabinoids (cannabinoids that naturally occur in the body) and acting as a CB1 receptor antagonist.

The primary mechanism by which CBD is thought to help relieve pain is by reducing inflammation, mainly by blocking inflammatory mediators. It is also believed to enhance glycine receptors, which help regulate pain at the spinal cord level. This can suppress inflammatory and neuropathic pain.

High THC strains for treating pain and other illnesses

THC is used clinically to treat pain and has been found to help relieve both central and neuropathic pain. It is also used to help relieve pain in patients with cancer, AIDS, and fibromyalgia, who have experienced resistance to other pain treatments.

The mode of action of THC is as a partial CB1 receptor agonist, which means that it will bind to these receptors, but not completely, leading to differences in the effects recorded when THC is present with other CB1 agonists, antagonists, or both. It has been found to affect the serotonin, dopamine, and glutamine systems - an effect that may contribute to relieving pain. Also, THC is an anti-inflammatory.

Sativa strains are typically higher in THC than CBD. This means that sativa dominant strains help relieve symptoms such as fatigue, nausea, stress, and physical pain. Sativa strains are used for treating the following illnesses:

The best strain of cannabis for pain relief

The high THC (Sativa dominant) and high CBD (indica dominant) varieties of cannabis have different compounds in different quantities, which, as we have seen, can have various medical effects.

To complicate matters, the same product can have very different results for different people.

Anecdotal evidence suggests that sativa is more vigorous and indica is more of a relaxant.

This observation may explain some differences that are not related to THC or CBD levels and why indica is preferred by many people for pain relief. Crossbreeding strains can further change their properties, and these hybrid strains can offer a more targeted approach to treating different symptoms and illnesses.

Among medical users for pain relief, doctors prefer CBD varieties of cannabis extract to THC, mainly because they have less of the psychoactive side effects. Supplements that combine CBD with THC, such as Sativex, have shown the best results in adult clinical trials. Although experts prefer CBD because it has no side effects, combining CBD with THC may be the most effective way to treat pain.

Medical marijuana carries a lower risk than other painkillers, such as codeine. While providing similar pain relief, it also offers additional benefits. Because the variation in response is so great that the risk of any adverse reactions is very low, it is best to discuss pain management options with a medical expert and start the trial at a low dose. Choose the option that best suits your needs.