Why Marijuana Should Be Legalized 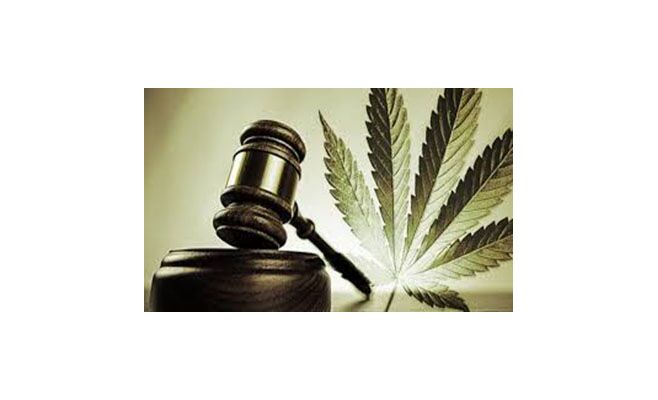 Why Marijuana Should Be Legalized

The USA has had a long and complicated history with marijuana.

Once cultivated by the American colonists' hemp has gone from a cash crop to a controlled drug, and now it is coming back full circle as a cash crop once again. Although rather than its use for rope, paper, and cloth, the cannabis growth is now driven by the medical and recreational drug market.

The criminalization of marijuana in the USA is mired in racism and government propaganda aimed squarely at the black and Mexican communities, painting drug use as a threat to civilized behavior. But away from these fears and rhetoric, there are three key cases to argue for the legalization of cannabis: economic and medical benefits and the failure of prohibition.

The Economic Case For Legalizing Marijuana,

We don't have to cast our minds back very far to the time that the legalization of marijuana seemed a distant dream. As recently as 2009, then-president Barack Obama chuckled at an online town-hall event when asked for his thoughts on legalizing the drug, before saying that he did not think it was "a good strategy to grow our economy." Fast forward to 2020, and a recent report from reportlinker.com forecasts that the North America legal marijuana market size is expected to reach USD 104.9 billion by 2027. On November 6, 2012, the same night that Obama was re-elected for a second term, the US states of Colorado and Washington passed legislation to legalize cannabis. Since then, other states have legalized the drug for recreational use, which, when combined, make up about 29% of the adults in the country. But while state after state has taken a more liberal view of cannabis, its status under federal law remains unchanged.

Leafy, with Whitney Economics, reported in 2019 that legal cannabis had created 211,000 full-time jobs in the USA. Sixty-four thousand of those jobs were added in 2018 alone. It was one of the fastest-growing sectors of the job market. The workforce for legal cannabis increased by 21% in 2017, 44% in 2018, and was expected to expand by 20% in 2019. Whats-more these aren't low-paid, low-skilled jobs, Glassdoor data showed that those employed in the cannabis industry earn 11 percent above the median US salary of $52,863.  There are also all the additional jobs that this industry supports, such as those supplying the cannabis growers with watering and lighting systems, those working in logistics delivering orders and so many more.

Of course, it's not just jobs, the legalization of cannabis has allowed states to impose taxes on this new industry. In 2017 Washington made an estimated $319 million in related taxes. California wasn't far behind with an estimated $300 million, and Colorado benefited from roughly $266 million in tax revenue from cannabis. All that pot money can be put to good use, opening schools, funding scholarships, and improving community resources.

Whether you're for or against the legalization of marijuana, most will admit prohibition has failed to reduce access to and use of cannabis. Its as though America has forgotten the lessons from the 13 years of alcohol prohibition. The unintended black market run by organized crime and the increased use of hard liquor. You can see the same mirrored in marijuana prohibition, organized gangs peddling more potent strains of marijuana. It is estimated that 22 million Americans use cannabis each month. Nearly all the evidence shows that the use of marijuana by adults is safer than alcohol consumption.

The prohibition has been responsible for over 550,000 arrests a year for simple possession alone, that's greater than the number of arrests for all violent crimes combined over the same period.

It is unessasary and needless stress on what is already overstretch and under-resourced law enforcement agencies. The arrest figures are disproportionately skewed towards the country's poor communities and those of color. Black Americans are four times more likely to be arrested for marijuana possession than white Americans, even though the usages rates are similar. It has been a substantial contributing factor to the mass incarceration in the USA. This only exacerbates poverty and other problems, such as access to health care. Not only is the law unjust, but it has also done more harm to communities and public health than marijuana itself.

The Medical Case for Legalizing Marijuana

Compared to the harm done by the overuse of opiates and alcohol, marijuana is relatively safe for use by adults.

It's no secret the US is going through an opioid crisis. In 2018 alone, an estimated over 67000 died of drug overdoses, two out of three of those involved an opioid or opioid-like prescription drug such as Fentanyl. It's a leading cause of injury-related death, and from 1999 to 2018, over 750,000 died from a drug overdose. Unlike opioids, it's improbable you could take a fatal dose of cannabis, according to the CDC. Moving away from a reliance on dangerous and addictive opioids can help lower the dependence of people on these drugs, remove a range of unwanted side-effects that come with long-term opioid use, and would be more affordable and sustainable for consumers as well as Medicare and Medicaid.
However it is worth noting that marijuana may not be safe for all, for minors and those still developing, there can be a negative effect on neurocognitive development from the use of cannabis and clearly, more research is needed, which would be easier and more likely to be studied under legalization.

Today over two-thirds of US states have laws allowing the use of medical marijuana. Marijuana has more than 100 active components known as cannabinoids. The two main ones are THC and CBD. While THC is the psychoactive ingredient mainly responsible for the euphoric high, CBD brings many health benefits. The CBD works with the endocannabinoid system in the body, and there is still lots of research required to determine how exactly this works and as we learn more it will open the way for an increasing ranch of treatment and therapies.

Right now medical marijuana has been used to treat many illnesses such as PTSD, insomnia, multiple sclerosis, and Parkinson's disease, to name but a few. Unlike synthetic drugs, cannabis is from a naturally occurring plant which if legislated will improve the quality production and standardize the overall quality of the final product. Whether its CBD oil or dry herb, the customer will be able to rely on a safe, regulated, and tested source of marijuana for treatment or a growing range of illnesses. That has to be a good thing right?

Thanks to the cannabis industry's success in states like Colorado and Washington, many US adults have been won over by the case for legalizing cannabis. A 2019 survey found that 59% of those polled supported legal recreational and medical use. Another 39% agreed that it should only be legalized for medical purposes, while only 8% said the drug shouldn't be legal.

There would be many benefits to the legalization of cannabis. When asked, those who support the legalization of cannabis say it would reduce the number of people incarcerated and save millions of taxpayers money spent keeping them in prisons.  It would save law enforcement billions of dollars every year and free them to focus on crimes where there is a victim.  It would vastly reduce the black market and criminal aspect of drug production and distribution, taking money away from criminal gangs, which are often used to support more violent crimes. It could help revolutionize the healthcare industry, moving away from a reliance on opioids and big pharma, and going towards a more holistic approach for treatment. Add to this the tax revenues and job creation of the cannabis industry it looks like a win-win.

The economy is reeling from the lockdown and restrictions imposed to fight COVID-19. With a bit of luck, states start to open back up they will look at the benefits of this growing industry and move to legislate the use of cannabis to provide much needed economic stimulus through tax revenues and jobs. An industry that was estimated to be worth over $50 billion in 2020 has the potential to be a positive part of the recovery. This November, we may see a new green wave similar to in 2016 when eight states passed legalization measures. Successful ballot initiatives could have a knock-on effect forcing other states to move toward legalization as they see the benefits play out in neighboring states that have legalized cannabis. Keep an eye on South Dakota, Montana, New Jersey, Mississippi, and Arizona, where cannabis legalization is on the ballot this November.  Click to see more info on these state's legalization campaigns on leafy.com where you can read about the bills and what they will mean in each state if passed.