What Are Terpenes & What Do They Do? 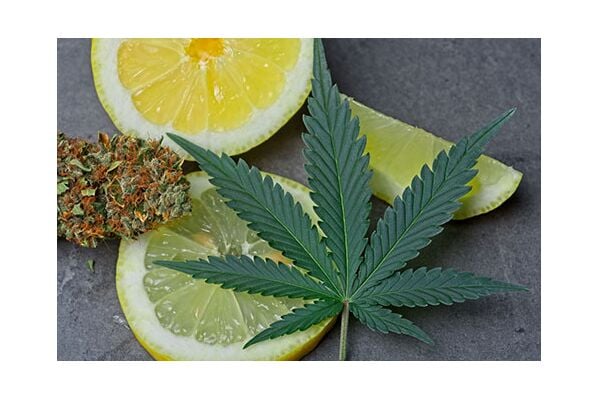 What Are Terpenes & What Do They Do?

The cannabis plant never ceases to amaze us, made up of hundreds of compounds; some like THC and CBD have become widely known outside the cannabis niche. Others, such as terpenes, we are just starting to learn about and understand what they do and bring to the cannabis plant.

Terpenes are naturally occurring organic compounds found in many plants, particularly conifers. They are derived from isoprenes and follow the biogenetic isoprene rule (as developed by Leopold Ružička). The term terpene was coined in 1866 by the German chemist August Kekulé.

Terpenes are aromatic oils responsible for the aroma and have various distinctive flavors like berry, mint, lavender, citrus, and pine. They originated as a way for plants to protect themselves from animal grazing or infectious germs and also help lure pollinators. So with that in mind, it makes sense that something which protects the plants can also serve as a booster in humans. The more cannabis research there is, the more we learn about these lesser-known compounds' exceptional properties. Different factors influence the plant's development of terpenes, such as weather, climate, soil type, age and maturation, and time of day.

Manufacturers use isolated terpenes to add flavors and scents to everyday products such as perfumes, soap, and even foods. The hops flavor added to beer comes in part from the Sesquiterpene class of terpenes.

Natural rubber, with so many applications, is perhaps the most well-known terpene. Another is turpentine, a mixture of terpenes obtained from the distillation of pine resin and used as an organic solvent. 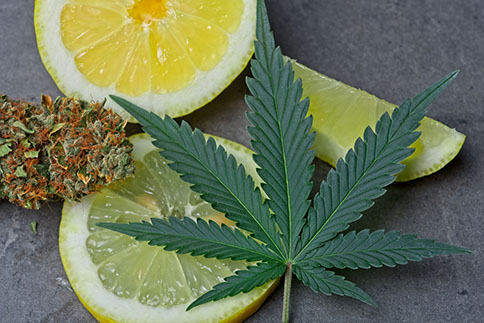 What are the Cannabis Terpenes?

Well over a hundred different terpenes have been identified in cannabis. Each cannabis strain will have a unique terpene profile and composition.

This profile allows us to use smell to differentiate between strains, but it also plays a role in the effects of various strains. Some can promote clarity and focus, while others have a relaxing and calming effect.

One of the most prominent terpenes found in cannabis, Myrcene has an earthy aroma. Some people also describe it as having a balsam fragrance, while others say it smells like clove or musk. There are sweet undertones to the taste, which have been compared to fruity flavors.

It's thought Myrcene is part of the entourage effect, so it works in conjunction with other compounds found in cannabis. It's known to work as an effective anti-inflammatory and is thought to be helpful in the treatment of osteoarthritis.

The boiling point of Myrcene is 332.6 degrees Fahrenheit, or 167 degrees Celsius. It's also found in the bay, parsley, wild thyme, lemongrass, and mangos. 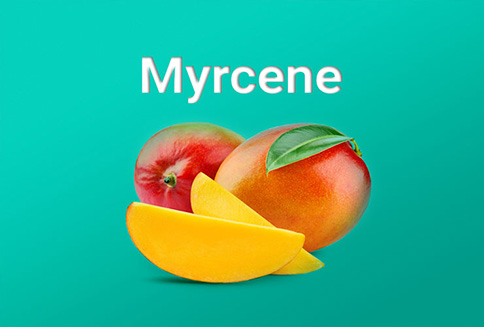 Limonene is found in citrus fruits such as lemon and is associated with a citrus fragrance. It's long been used in a variety of products such as cleaning supplies. It is known to help boost the immune system and alleviate the symptoms of heartburn.

Limonene is known to interact with the neurotransmitters in the brain and is thought to have beneficial effects in reducing a cannabis high as well as anxiety and depression.

The boiling point of Limonene is 348 degrees Fahrenheit, or 176 degrees Celsius. It's also found in rosemary, juniper, peppermint, and some fruit rinds. 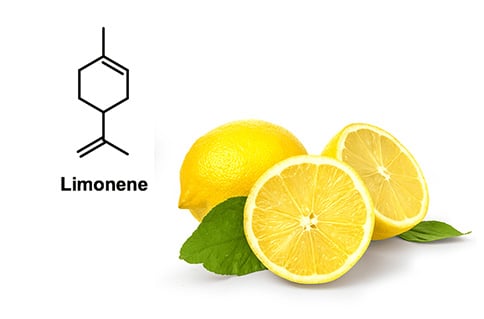 Caryophyllene, also called beta-caryophyllene or BCP, has a spicy, woody, herbal aroma. It is the only terpene known to also act as a cannabinoid, helping activate the endocannabinoid system binding with to CB2 receptors and has both anti-inflammatory and pain-relieving properties.

The boiling point of Caryophyllene is 266 degrees Fahrenheit, or 130 degrees Celsius. It's also found in black pepper, cloves, cinnamon, and basil. 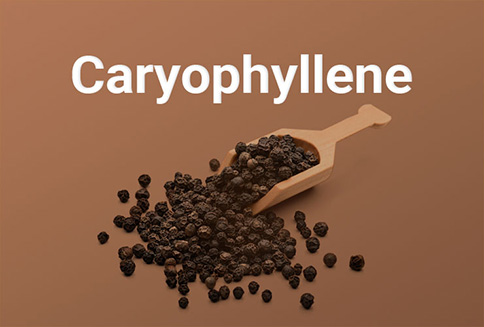 The aroma of terpinolene is hard to pin down. It's more a bouquet of aromas with a floral, herbaceous, even piney smell and occasional hints of citrus. About 10 percent of strains are terpinolene dominant.

Its believed that terpinolene has antibacterial and anti-fungal properties, which is why it's a common additive in cleaning products and soap. Some research suggests it could even help repel mosquitoes.

The boiling point of terpinolene is 366 degrees Fahrenheit, or 186 degrees Celsius. 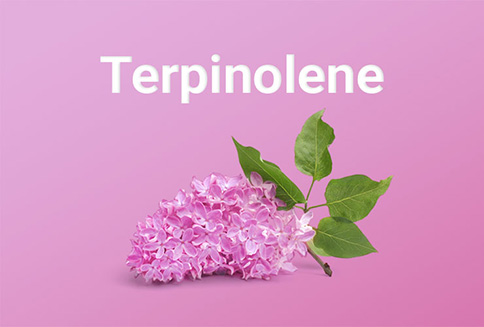 Pinene has a very distinct aroma which you can likely guess from the name; if you guessed pine needles, you're correct. It's the most common terpene in the natural world. Pine needles, sap, and bark have been used for herbal medicine in cultures around the world since before the middle ages.

It's no wonder then that pinene is credited with many health benefits such as anti-inflammatory, anti-anxiety, pain relief, and bronchodilator ( helping open the airways). Its also thought to help counteracts some THC effects.

The boiling point of pinene is 311 degrees Fahrenheit, or 155 degrees Celsius. 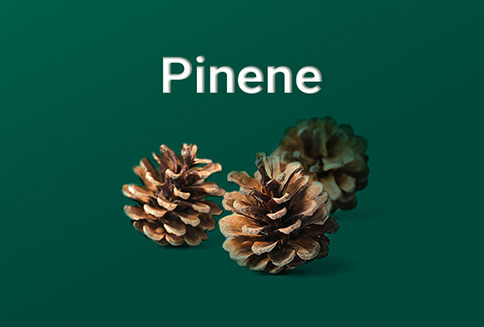 The aroma of humulene is that of earthy and woody, with spicy notes that we associate with the taste and aroma of hoppy beer. Indeed this terpene is present in both hops and cannabis. Formally classified as α-caryophyllene, this sesquiterpene is named after the hops plant, a.k.a Humulus lupulus. It is believed to have anti-inflammatory and antibacterial properties.

The boiling point of humulene is 222 degrees Fahrenheit, or 106 degrees Celsius. It is also found in coriander, basil, cloves, and hops. 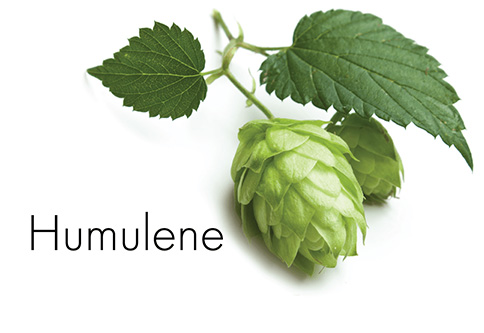 With its herbal, sweet citrusy aroma, ocimene is responsible for some of those lovely herbaceous flavors that we get in some strains of cannabis. It is rarely the most abundant terpene but nevertheless plays an accompanying part in developing a rounded depth of flavors. Its t well as its uplifting effects its thought to have anti-fungal, anti-inflammatory, and antiviral properties.

The boiling point of ocimene is 122 degrees Fahrenheit, or 50 degrees Celsius. It is also found in parsley, pepper, basil, orchids, kumquats, mangos, and mint. 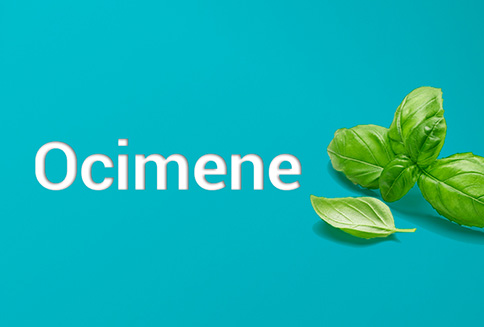 Linalool is believed to have calming and relaxing effects making it good for treating anxiety, depression, and insomnia. The linalool terpene has a floral aroma we'd associate with lavender with a touch of spice.

The boiling point of linalool is 388 degrees Fahrenheit, or 198 degrees Celsius. It is also found in lavender. 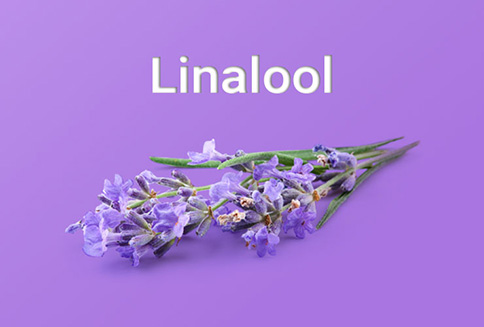 Like linalool, this terpene also has a fragrant sweet floral aroma. Its commonly used in cosmetics and fragrances. Some animal studies have shown that bisabolol can help reduce skin inflammation.

The boiling point of bisabolol is 307 degrees Fahrenheit, or 153 degrees Celsius. 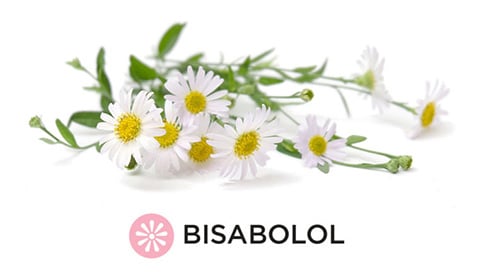 Guaiol has a piney aroma with hints of wood and rose. It is found in the oil from cypress pines and guaiacum. The guaiacum plant was brought back to Europe from Hispaniola around the 16th century. The gum extracted from the wood of this plant was being used as a treatment of syphilis and to regulate menstruation by the late 1700s.

It is commonly known as an anti-inflammatory; studies have shown it has antimicrobial properties and may also be an inhibitor of lung cancer cell growth.

The boiling point of bisabolol is 198 degrees Fahrenheit, or 92 degrees Celsius. 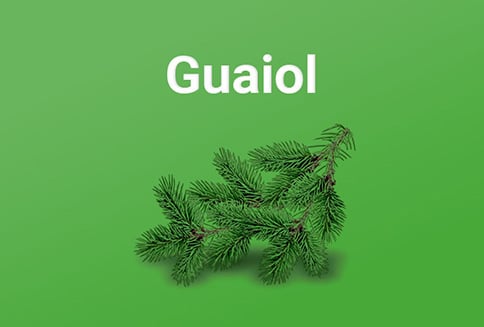 So now you know some of the different terpenes, how they smell, and what they can do, you can try to sniff them out in your next weed purchase, helping you decide on which train you'd like to try to get the desired effects.