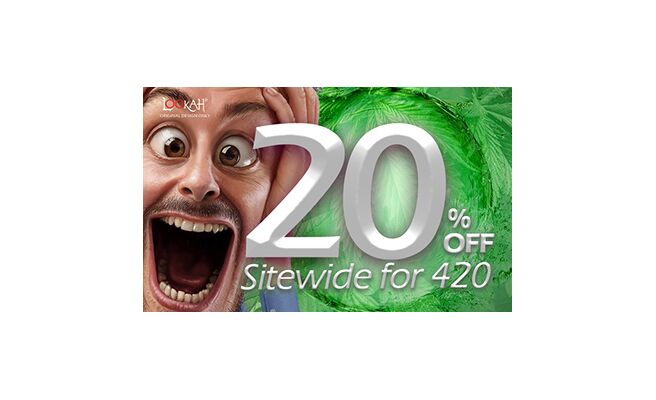 If you're ready to celebrate 420, we're here for you, and we've got plenty of water pies and vapes with big discounts for you to enjoy. In this article, we will discover the origins of 420, and tell you about our massive 420 sales on all the things you need to enjoy marijuana. You can also enter our 420 giveaway on Instagram for a chance to win over $900 worth of vaporizers and vaping supplies. 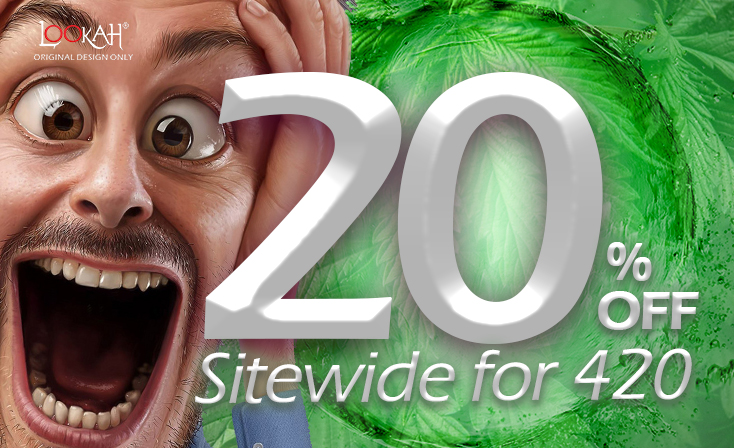 420 The origins of World Cannabis Day

There are a few claims to the origin of how 420 became associated with weed, one is the claim it is a police radio code, but there is no credible evidence to support it. Another claim is based on Dylan's song “Rainy Day Women #12 & #35”, in the song are the lines “Everybody must get stoned”. Now the 420 part comes from multiplying 12 and 35 which gives you 420. This also seems very far-fetched. The most accepted and likely story comes from a story about high school friends in California.   There are two different versions of how this came about, One theory is that in 1971, five high school students in San Rafael, California, used the term "4:20" in connection with the project to search for an abandoned crop of marijuana, based on a treasure map proposed by the grower. They called themselves the Waldos because they would hang out at a wall outside of school. The five students (Steve Capper, Dave Reddix, Jeffrey Noel, Larry Schwartz, and Mark Gravich) would meet at the stainless steel and granite statue of Louis Pasteur on the grounds of San Rafael High School at 4:20 PM. The Waldos referred to this meetup plan as "Louis 4:20". After several failed attempts to find the crop, the group shortened their phrase to "4:20," which eventually evolved into a code used by teenagers to refer to the consumption of marijuana.

The other theory is：Stephen Hagel of High Times is responsible for popularizing the story of Waldos and in doing so spread 420 in popular culture. The first mention of 4:20 smoking and of a 4/20 holiday appeared in High Times in May 1991, and the association with the Waldos appeared in December 1998. Hage attributed the early spread of the phrase to the "Grateful Dead" fans after "Waldo" Reddix became a roadie for the Grateful Dead bassist, Phil Lesh, and called for 4:20 p.m. to be a socially acceptable time of day for marijuana consumption.

With 420's rapid growth, sellers across the country have plenty of discounts on marijuana accessories. It's that time of year again, so your favorite Lookah online head shop wants to give something back with a 20% Off sitewide 420 sales, use the coupon code 20%OFF420

Whether you're a newbie or an experienced smoker looking for something special, we're offering discounts on everything. Dab rigs, glass bongs, vaporizers (Our hottest selling products: Seahorse Pro, Unicorn, Seahorse Max) For our wholesale and store accounts, we have a full week of discounts for you to take advantage of. 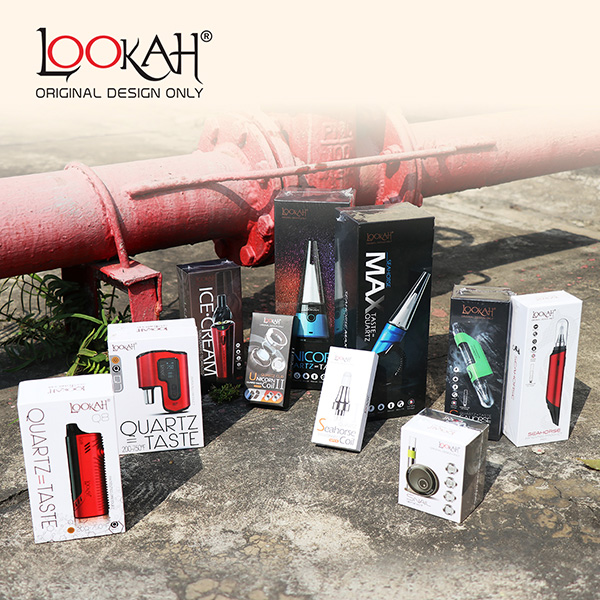 420 is your chance to join millions of people around the world in celebrating marijuana culture, at least in the virtual world. This year you may be trying to make your own edible food for the first time, or just grinding some delicious dried herbs, rolling a pot on your porch, or celebrating online. Whether you are a rookie or a long-time consumer we hope you’ll find the perfect smoking or vaping device in this 420 sale.