0 
Cart
View cart
Checkout

Sign in Register
or
Home/Blog/Bongs, Joints, or Dabs: Which method of cannabis consumption is the most effective?

Bongs, Joints, or Dabs: Which method of cannabis consumption is the most effective? 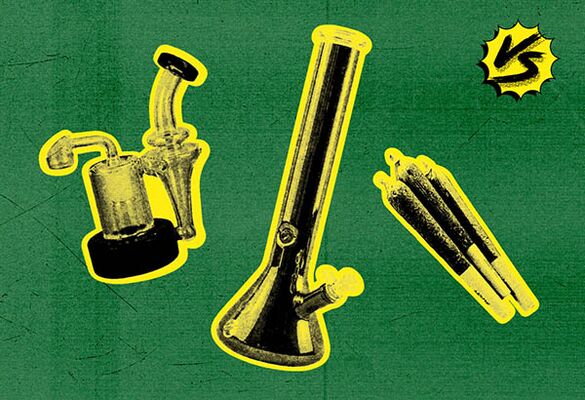 Bongs, Joints, or Dabs: Which method of cannabis consumption is the most effective? 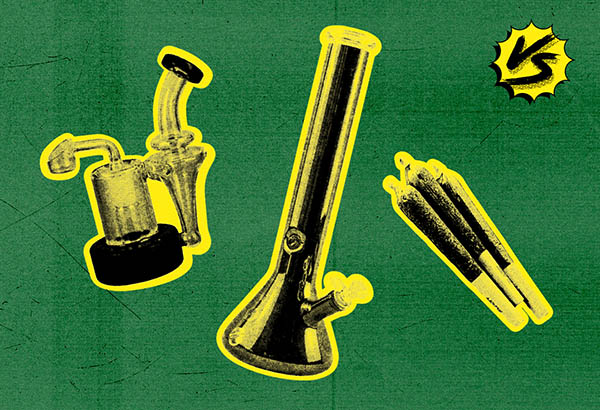 Everyone has their favorite way of smoking marijuana. Some people like the classic and leisurely feeling when smoking a joint. Others prefer a deep lungful of smoke from a bubbly bong rip. Many people like the potent rush of THC and rich terpene flavors that erupts from a dab.

However, some recreational and medical consumers don't really care how the marijuana gets into their bodies, but rather how quickly and powerful the effect is. If you fall into this latter category, then you're in the right places as in this blog, we aim to answer: "Which method of cannabis consumption is most effective? Joints, bongs, or dabs?"

If you're not familiar with marijuana

Remember, marijuana affects people differently. Your "most efficient" method is the one that gives you the best experience. Finding this out can take some experimentation (in the name of science), so you can refer to this article as a guide. 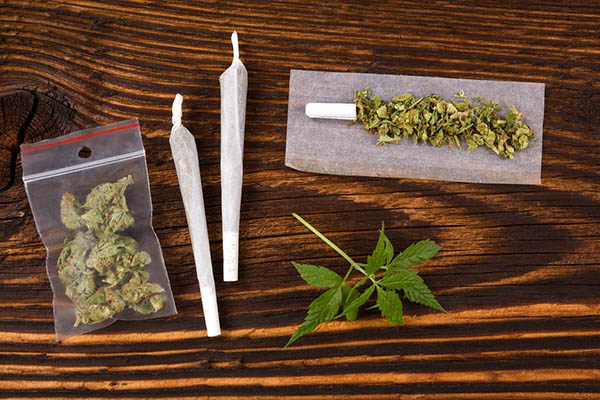 Joints may be the easiest and most portable way to consume weed, but how well do they work when it comes to moving the THC from your joint to your brain.

According to a forensic science international study, the lung availability of cannabinoids from toking on a joint is as much as 30%. However, it's impossible to get every bit of smoke from that joint into your lungs. Some smokers believe this makes the overall effect lower because cannabinoids are lost in the air.

Additionally, smoke from a joint, which contains all the burning plant and paper material, is much harsher than smoke filtered through water. This makes it harder to take a deep toke from a joint without coughing up cannabinoid smoke after. 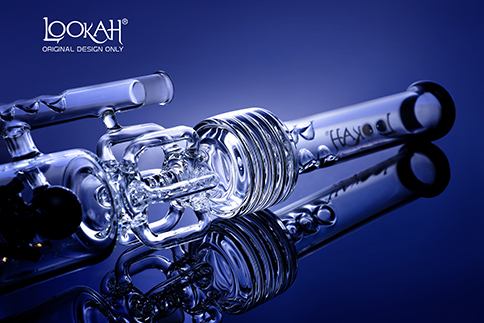 We're still a long way from having enough peer-reviewed scientific studies on marijuana use to be sure of anything. However, when it comes to effective ways to consume marijuana, many people believe bongs offer cleaner and more powerful hits than joints.

One reason is that cooling filtration through the water allows for larger rips. Unlike joints, most of the smoke in your bowl is pulled through the water in your bong, not lost to the air. Percolation also allows for long deeper inhales. This releases more cannabinoid-rich smoke. Finally, once you clear the chamber, the cooled smoke can hit your lungs more deeply without causing much irritation.

A study by MAPS/NORML from 2000 showed that smoke from bong contained 30% more tar per cannabinoid than joints. This showed that joints (in this study) had a surprisingly low tar content of 1:13 cannabinoids. The results were complicated by the researchers' use of a low potency strain with just 2.3% THC. The study's authors also noted that tar consumption could be reduced by up to five times if the more potent strain was consumed. Dispensaries offer cannabis strains from 15 to 25% THC.

The study also confirmed some anecdotal reports about Bongs' effectiveness in filtering toxins and other harmful substances from smoke. The researchers found that water filtration may absorb non-smoke toxins.

This is why proper percolation is so important when taking a bong hit. You want to filter out as many of the irritating compounds in the smoke as possible while still inhaling the maximum amount of THC and other cannabinoids into your lungs. The best way to do this is by making sure the water level is sufficient to filter out the smoke (but not too high that it splashes it into your mouth). Read our other article, how much water should I put in my bong for a detailed answer on this.

If you have the funds, buying quality water pipes that maximize percolation will ensure you get your money's worth. 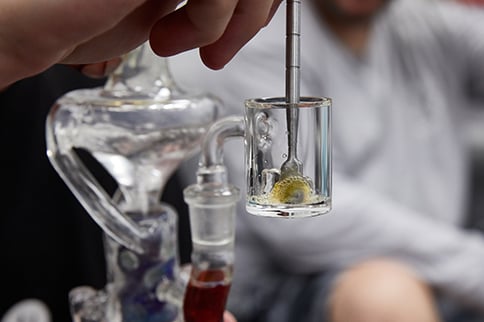 If you're just starting out with cannabis, dabs can be a very intimidating method of consumption: dab tools, butane blowtorch, and red-hot metal.

However, if you're looking for the most efficient ways to consume cannabis, it's worth tackling the learning curve.

There is no doubt that concentrate is superior to herbs in terms of pure potency. It's right there in the name. Whether it's BHO oil, wax, shatter, rosin, rosin, bubble hash, or other extracts, THC is concentrated in amber-colored gunk, giving it a higher potency.

In many ways, dabbing is the concentrated version of using a bong. It uses a slightly different type of water pipe (called a Dab Rig) to cool vaporized cannabinoids by pulling them through the water. Unlike marijuana pipes, however, you don't burn the flower to release those cannabinoids and terpenes. Instead, you use a hot surface to vaporize them.

The resulting vapor is much more potent than bong smoke. In addition to filtering out almost all plant material during production, the concentrates contain between 50 and 95% THC. Dry herbs usually contain at best up to 30 percent THC. In addition, because cannabinoids are vaporized rather than burned, the chemical reaction of the flame does not incinerate any of the cannabinoids and terpenes.

In the same forensic science international study, researchers found that cannabis concentrate had 75.5 percent lung availability, compared with 26.7 percent for dry herb. In other words, dabbing sends three times as much THC and other cannabinoids into the lungs.

The more THC there is, the more can be absorbed.

While more research needs to be done to further explore the effectiveness of cannabis consumption methods, what has been shown so far seems to be consistent with anecdotal evidence.

If taking on a joint makes reading a novel more interesting, do so. If a deep bong hit helps you relax from a tough day, go for it. Cannabis is designed to make people feel comfortable and pleasant; it is up to you to choose how best to use it.