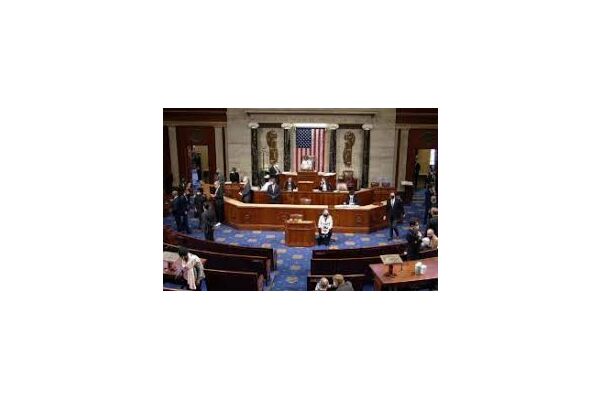 The House of Representatives just passed the MORE Act, the first cannabis legalization bill to make it to Congress. The Act passed on Friday, December 4th, by a vote of 228 to 164. The vote was largely split down party lines, with all but six Democrats voting for the bill and all but five Republicans voting against it.

The MORE Act would decimalize marijuana at the federal level and start the process of giving back to those communities hit hardest by the War on Drugs. When Democrats took the house in 2018, cannabis advocates knew there was work to be done and a limited time to do it in. Every couple of years, more states legalize cannabis, whether for medical or recreational use. That number grew again after the November election making Federal decriminalization inevitable. With the first Democratic majority since 2011, the house and cannabis justice advocates saw their best chance to bring the federal law in line with state laws. The result was the Marijuana Opportunity Reinvestment and Expungement (MORE) Act.

This landmark act is the first time either chamber of Congress voted on a bill to legalize cannabis, but the Act goes much further than just decriminalizing it. The bill covers several social and justice measures that would help those communities who took the brunt of the War on Drugs while putting in place an equitable industry where those impacted most by prohibition have a seat at the table.

This law has been a long time coming since the first states legalized cannabis public opinion has been changing, and in a 2019 Per Research Centre study, 67% of respondents supported legalization. However, the conservative-leaning Congress has been slow to adjust their views on this, and cannabis at the federal level is still seen as a Schedule I narcotic. This has made it hard for cannabis industries to access financial services that would typically be available for other small businesses, even in places where cannabis is legal at the state level. The result has curtailed the industry and meant that those new enterprises, such as dispensaries, head shops, or weed-growers, needed to have the start-up capital up front. The result is that these businesses are disproportionately owned and operated by wealthy white people. If the MORE Act can get signed into law, this would change and create a level playing field for cannabis business entrepreneurs.

The MORE Act passing the house of representatives is only one hurdle, it still needs to get through the Republican-controlled Senate, and Majority Leader Mitch McConnell has made his opposition clear. In May, he mocked cannabis banking provisions democrats pout into their coronavirus relief proposal and has since made it clear he won't put the Act before the Senate.

But that may not matter if Democrats can win the two Georgia Senate seats up for grabs in January. They could well get this legislation through both houses, something that would be monumental. Even if they don't, the very fact that this Act got through the first house shows the changing tide of opinion toward cannabis legalization. Senators' opinion won't be too far behind in they want to keep their seats, especially in places like Arizona, South Dakota, and Montana, which just legalized recreational cannabis this November.