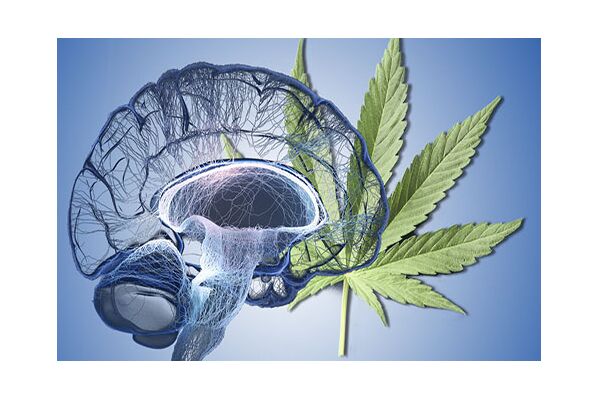 Cannabis is becoming more mainstream across the US and indeed the world. And while cannabis has a reputation as a relatively harmless drug, researchers are increasingly learning about its possible effects on the brain.

Some of the main active compounds in marijuana delta 9 tetrahydrocannabinol and cannabidiol (THC & CBD) have been shown to impact cognitive function through their interaction with the endocannabinoid system (ENC) of the body.

The endocannabinoid system (ENC) has a lot of receptors in the brain that help regulate balance, coordination, reaction time, posture, mood, and cognitive functions. The compounds in cannabis can bind with receptors in the brain, causing a whole host of effects from hallucinations to the munchies.

As cannabis was a controlled substance for most of the past 100 years is has not had very much research done on it.

It's relatively recently that studies are starting to show the depths of effects this potent drug can have on the brain.

The "Devil's lettuce" is often vilified as a gateway drug that will kill off your brain cells, cause schizophrenia, impair memory, reduce fertility, and in rare cases, trigger psychotic episodes. However, scientists studying the drug have found links between cannabis and multiple health benefits, such as pain relief and the potential to help with some forms of epilepsy and dementia.

There seems to be some confusion as to whether cannabis is good or bad for the brain, so in this article, we will try to look at the real effects to your brain from consuming it?

A high from marijuana usually last two or three hours. During this time, you can experience a wide range of effects in different intensities. Most noticeable is an increased sensation on clarity and perception. Colors seem more vibrant; sounds seem clearer as though we have heightened eyesight and hearing, skin receptors are also affected.

We become more aware of hot or cold temperatures, and our pressure receptors become more sensitive. You may become aware of usually automatic, non-conscious muscle tensions, small movements, feedback and control processes, and feelings of physical comfort and discomfort.

These are all relatively short-lived experiences, but they can change vastly from person to person. Each time you get high, you could experience slightly different sensations depending on your mood and surroundings. Even being consciously aware of the perceptual changes can shape how you respond to marijuana and perceiving the experience.

When using marijuana for the first few time, these sensory changes occur sequentially rather than all at once. As we notice one sensory change, this, in turn, draws our attention to other changes such as time distortion. It's useful for those who want to experience marijuana for the first time to prepare themselves for this and follow some tips for their first time smoking weed.

You'll Get The Munchies.

A 2015 study in mice suggested that marijuana may affect specific neurons in the brain responsible for suppressing appetite, making us feel hungry rather than satisfied. An effect that may explain why people often feel very hungry after smoking marijuana. In the study, researchers stimulated the rodents' appetites by manipulating the same cellular pathways that marijuana affects in the brain and then observed what happened to the rats' brains during the experiment.

The scientists predicted that neurons that normally suppress appetite would shut down by stimulating the rodent's appetite. But, contrary to their expectations, it turns out that these neurons are actually activated because they have in turn released hunger-promoting chemicals. 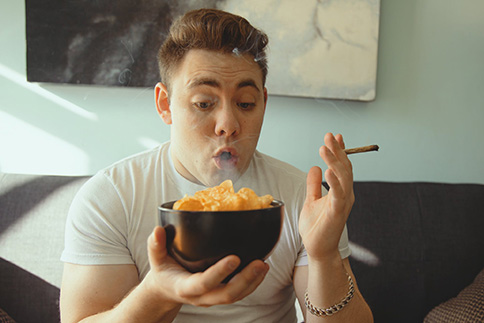 One of the main reasons people take medical marijuana is for pain control. A major effect of the cannabinoids includes disruption of antinociceptive action and anti-hyperalgesic effects of cannabinoid receptor agonists against inflammatory and neuropathic pains.

This should come as no surprise as cannabis has been utilized for centuries throughout the world to alleviate pain.

The potential medical applications of cannabis in the treatment of painful muscle spasms and other symptoms of multiple sclerosis are currently being tested in clinical trials.

MRI images of teenagers' brains show that those who use marijuana regularly display impaired neural connectivity in regions of the brain associated with a range of functions like memory, learning, and impulse control.

However, a November 2014 study published in the National Academy of Sciences looked at 62 people who didn't use marijuana and 48 adults who used the drug at least three times a day, over an average of eight or nine years.

This study showed that while those who smoked daily for at least four years had a smaller amount of gray matter in a region of the brain called the orbitofrontal cortex, their brains also showed greater connectivity, which is a general measure of how well information travels between the different parts of it.

Its thought that marijuana's main psychoactive ingredient (tetrahydrocannabinol ) plays a role here as it has been shown to affect many of the cannabinoid receptors in the orbitofrontal cortex, which is involved in appetite, memory, and mood.

Studies have shown that teenagers who smoke cannabis are more likely to suffer a decline in IQ as they get older. In a large longitudinal study in New Zealand of more than 1,000 people, researchers gave participants two IQ tests when they were aged 13 and 38. Participants were asked about their drug use throughout the study.

About 5 percent of teens in the study started using marijuana as teenagers. The results showed that those who smoked at least four times a week and continued to smoke marijuana had an average IQ drop of eight points by the end of the study. Those who only began using marijuana heavily in adulthood did not lose IQ points.

It's not clear why marijuana use might have a negative impact on IQ, but it may be that teens are more susceptible to the effects of marijuana on brain chemistry. This is likely as their brains are still developing. Research shows that young, frequent users of cannabis have thinner temporal and frontal cortices, which are both areas that help process memory functioning. Memory is a critical aid to learning and study, which could be the link between cannabis consumption and loss of IQ in young marijuana users.

A 2017 study by researchers at California's Salk Institute found evidence that cannabinoids, such as CBD, could help remove dementia from and increase connections between brain cells. This could be the effect of CBD in reducing the impact of inflammation, oxygen buildup, and brain cell decline.

Using cannabis later in life (age 50 and over) appears to have only a moderate impact on cognitive functioning, including on memory. When researchers used components found in cannabis, they found it could slow or even prevent the advance of these diseases.

Several studies have shown that smoking marijuana increases the risk of mental illness. Psychosis is a medical term for symptoms of a loss of contact with the real world, such as hallucinations or delusions.

A 2007 study by Deepack Cyril D'souza looked at cannabinoids and psychosis.

It showed that cannabinoids could induce acute transient psychotic symptoms or an acute psychosis in some individuals.

It was unclear what made some individuals vulnerable to cannabinoid-related psychosis. However, it was also noted that cannabinoids could exacerbate psychosis in individuals with an established psychotic disorder, and these exacerbations may last beyond the period of intoxication. However, the large majority of individuals exposed to cannabinoids do not experience psychosis or develop schizophrenia. The rates of schizophrenia have not increased commensurate with the increase in rates of cannabis use. Therefore, it is thought that cannabis exposure is a component cause that interacts with other factors, like a genetic risk to cause schizophrenia. Clearly, this is an area that warrants further study. 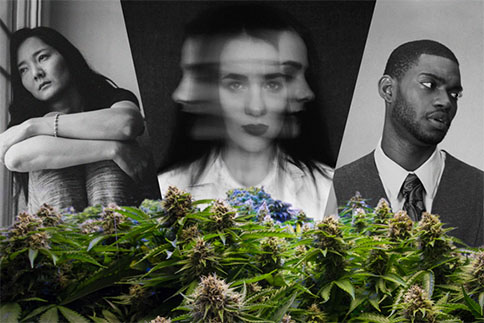 Cannabis and the Brain's Reward System

According to a recent study, the brains of people who have smoked for years may respond differently to certain rewards than those of people who don't take the drug. In this study, the researchers aimed to determine if the brains of 59 long-term marijuana users responded differently to photographs of smoking objects than to objects considered a "natural reward" (for example, their favorite fruit).

The scientists found that participants who had smoked for an average of 12 years showed, on average, greater brain reward system activity when they looked at pictures of smoking objects, such as waterpipes or joints than when they looked at pictures of their favorite fruit. By contrast, the results, published in The Journal Human Brain Mapping in May 2016, showed no greater activity in this brain region when nonsmokers in the control group were shown marijuana-related objects.

Dr. Francesca Filbey, associate professor of behavioral and brain sciences at the University of Texas, said: "This study shows that cannabis disrupts the brain's natural reward circuitry, making it highly important for people who regularly use the drug." Dallas said in a statement.

What Can We Conclude?

There's still a lot that we don't know about how marijuana use affects the brain over short- or long-term periods of time. What we do know for sure is that cannabis use can have a detrimental effect on the development of the adolescent brain.

The widely held view of cannabis-related products as drugs of abuse has held back studies into the advantages of the cannabinoid compounds found in marijuana.

A major breakthrough was the discovery of the endogenous cannabinoid system (ECS) in the early which sparked renewed interest in this field.

As cannabis is becoming legalized in more places, the previously widely held views of cannabis as a vice have been challenged. We are now starting to see that much-needed research develop.

This will bring us a greater understanding of how the different compounds that makeup cannabis interact with varying functions of the brain so we can take advantage of the properties of cannabinoid compounds for therapeutic purposes.