0 
Cart
View cart
Checkout

Sign inRegister



9/9
Home/Blog/Marijuana vs. Caffeine: A cup of coffee or a puff of cannabis, which is safer

Marijuana vs. Caffeine: A cup of coffee or a puff of cannabis, which is safer 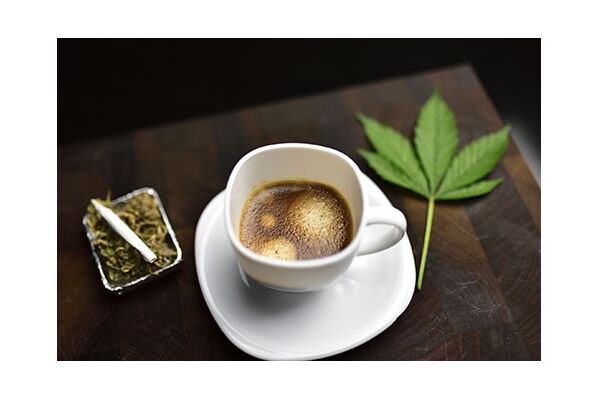 Marijuana vs. Caffeine: A cup of coffee or a puff of  cannabis, which is safer 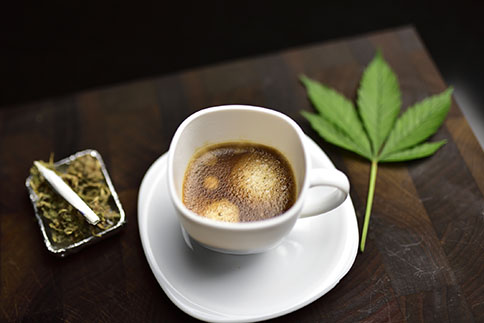 Like most drugs, this one has many names. In the scientific community, it is sometimes called "Methyltheobromine" or "Guaranine" or "Theine." On the street, people would call it a "stimulant," an upper or "pep pill," or "headache pill," it also comes in the standard form of a "hot beverage" or "soft drink." Much like sugar and alcohol, it's more often considered a food than a medicine. What is it? Caffeine.

It's the second most popular psychoactive substance in the world, right after sugar. It is estimated that the global consumption of caffeine is 120,000 tonnes per year, equivalent to one tasty cup of joe per day for every person on the planet.

Caffeine is found naturally in more than 60 plants around the world.

Caffeinated beverages, such as coffee, have been drunk for more than 1,000 years. It is said that tea has been drunk for more than 4,000 years. Chocolate (which also contains a small amount of caffeine) has been around for nearly 4,000 years and has been popular in Europe since the 1500s, with a taste that was instantly popular. We associate the UK with tea shops, but coffee and chocolate drinks were also a huge hit there.

Today, caffeine has been isolated from its plant sources and can also come in a white powder form.

This is also found in PEP pills, diet pills, and headache pills. 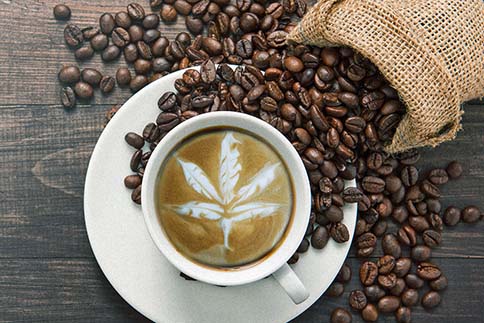 Contrast that with marijuana, another popular soft drug. Marijuana is the world's most popular "illegal" substance. Estimating prevalence is a bit tricky.

Since possession can sometimes be punishable by long prison terms, and trafficking can sometimes even be punishable by death, global statistics on cannabis use do not provide a wholly accurate or true picture of popularity. But official estimates of lifetime use could be 20 to 50 percent of the world's population. The number of users who use it more than once a month is closer to 10 to 30 percent, depending on who you ask.

Cannabis has been used as a medicine/sacrament and as a source of food and textiles for thousands of years.

Because of the hundreds of different cannabinoids and terpenes found in cannabis, none of which are toxic and all of which are medically active, it is currently being investigated as a source of hundreds, if not thousands, of new medicines.

How do the most popular illegal drugs compare and contrast with the most popular drugs in terms of their effects and risks, as well as their current cost to society, as they become more legal every day?

Cannabis can also sometimes act as a stimulant if using the right strain and dosage. It is also often used as a relaxant, one that seems to slow the passage of time and has powerful mind-enhancing properties.

Due to the hundreds of different terpenoids and cannabinoids found in cannabis, it can be a medicine for many conditions. Humans are only just beginning to map out the strains and effects of cannabis to realize its true potential.

Caffeine and marijuana are similarly low-risk drugs, but there are some important differences. The first is the danger of overdose.

Deaths from caffeine overdose are rare but occur a handful of times a year. Lethal doses of caffeine in adults range from 3,200 milligrams to 10,000 milligrams at a time.

A typical 8oz cup of joe can have anywhere from 80 to 180mg of caffeine. Energy drinks contain 2 to 3 times that up to 357mg in some cases. Anti-sleep and diet pills contain up to 300mg.

A Dunkin' Donuts Coffee with Turbo Shot contains 436mg. A box of "CrackHeads2" coffee bean candies contains 600 milligrams and comes with a warning label - "one box a day."

For adults, more than six boxes at a time can be dangerous.

The number of people who die from caffeine overdose is small, but with the advent of energy drinks, caffeine intake has been on the rise over the past few years. Some researchers believe that many heart attack deaths may actually be undiagnosed deaths from caffeine overdoses, adding significantly to the actual death toll.

Contrast this to cannabis which has recorded zero confirmed cases of overdose deaths to date.

But even small amounts of cannabis use can lead to unpleasant experiences - especially if the condition is unfamiliar, stressful to the body, or the mind is not prepared for the effects that could be experienced.

Almost every user of edible cannabis products will feel ill if they ingest enough of them. Moderation is the key to avoiding bad effects. When smoking, very small amounts of marijuana take effect almost immediately, allowing for "self-titration" or quantification. For drugs taken orally (such as caffeine), this is not possible.

According to the US Bureau of Mortality Statistics, long-term caffeine use can cause "stress, ulcers, and irregular heartbeat" and kill 1,000 to 10,000 people annually in the United States.

According to the same source, the number of deaths from cannabis abuse was once again zero.

According to a 2005 report from the Royal College of Psychiatrists, caffeine withdrawal symptoms include "headache, restlessness, insomnia, confusion, nausea, anxiety, restlessness and tremors, cardiac PAL and elevated blood pressure. They're at their worst for a day or two, and then they fade away."

Based on my personal experience, you may no longer miss the relaxing, hungry, and happy stuff, but unlike caffeine, there are no "extremely common" marijuana withdrawal headaches and the like

Of course, when you use marijuana for medical reasons, these symptoms may reappear when you quit. This is not withdrawal, this is the result of taking a useful drug.

On the contrary, cannabis has lower acute toxicity than any other drug. Side effects at high doses include cognitive impairment, psychomotor impairment, anxiety, restlessness, panic, and paranoia.

One area where cannabis is at higher risk than caffeine is the damage experienced by novice users at typical doses. This could affect the age limit (if any) for obtaining legal cannabis.

Assessing the cost to society of cannabis and caffeine is not easy. Both the National Institute on Drug Abuse and the Canadian Centre on Drug Abuse limit their research to tobacco, alcohol, and "illicit drugs."They don't include drugs or caffeine.

The real cost of caffeine abuse is recorded throughout the day, when caffeine is treated as a drug rather than a food, and when testing for caffeine after road traffic accidents and premature deaths has become the norm.

Similarly, the costs of so-called "cannabis abuse" are often confused with the costs of "prohibition" or problems arising from a lack of education on the harm reduction of cannabis.

When cannabis is fully legalized for all users and education to reduce its harm becomes common, the true cost to society of cannabis can be reasonably assessed.

All in all, caffeine is clearly riskier, more dangerous, more deadly, more harmful, and more costly than cannabis in every category -- overdose deaths, overuse deaths, withdrawal symptoms, and acute toxicity.

The only area where cannabis poses a greater risk is the degree of impairment experienced by novice users.

Legislation that makes marijuana more harmful than caffeine does not reflect reality and should be challenged by drug pacifists. Society should treat every drug according to the risks it poses instead of making rules based on ignorant myths and racist, outdated traditions.