Is Vaping Weed Healthier Than Smoking? 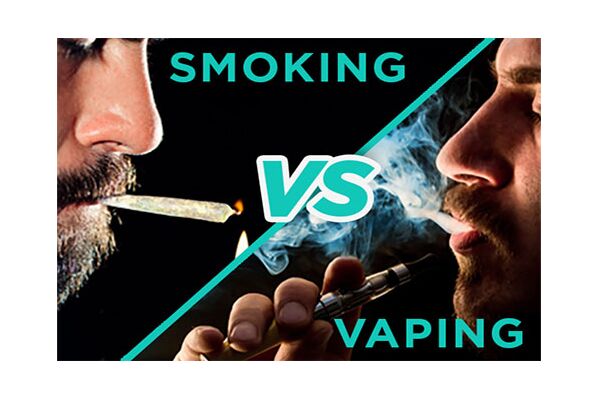 Is Vaping Weed Healthier than Smoking?

Vaping cannabis is a modern alternative to smoking joints. Vaporizing the cannabis is heating the dry herb flower material to a temperature below the combustion point. It produces a stream of vapor, which is sucked in through the mouthpiece. There are many different kinds of vapes used for this, but the most common ones these days are dry herb vape pens.

Is smoking marijuana better than smoking cigarettes?" Better" is subjective. They are entirely different, so it depends on what you expect from the experience - but they can all do damage to your lungs!  This is one reason that vapes or "vaporization" of marijuana have become increasingly popular over the past few years. But what's vaping, and is it safe? 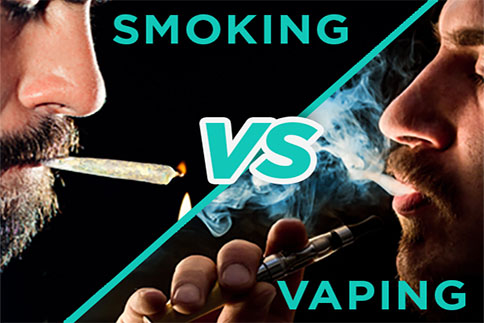 Which is Less Harmful?

Based on the available evidence, smoking joints seems to be more harmful than vaping. However, that does not mean vaping isn't without some risk.

People who atomize marijuana with vapes believe it has health benefits and finds it safer and less harmful than smoking joints. Besides, cannabis vapes are designed explicitly for inhalation and are free of deleterious tobacco-toxins.

But what do the researchers say? Will vaping reduce the intake of potentially harmful toxins such as tar and carcinogens found in marijuana joints? From the few studies done over the years on the vaporization of marijuana, they all conclude that the same thing. That vaporization does produce fewer carcinogenic compounds than smoking marijuana. Although cannabis smoke is often thought of as less toxic than cigarette smoke, both share many carcinogens.
A 2007 report in science daily  showed that "marijuana smoke contains significantly higher levels of several toxic compounds -- including ammonia and hydrogen cyanide -- than tobacco smoke."

So it is logical to assume that it can cause similar lung and respiratory problems.

One of the first studies to compare smoking with vaporization, based on self-reported symptoms of smoking, showed less effect on breathing through atomization. 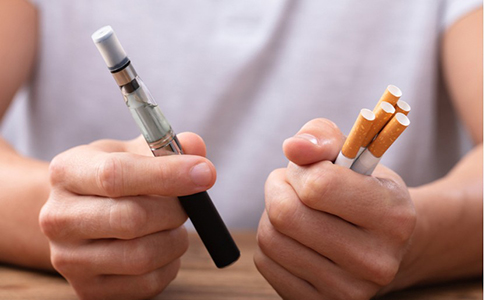 The most obvious reason to consider vaping over smoking is healthy, but there are other added benefits. Vaporized cannabis allows you to taste different varieties of cannabis and control the temperature, its generally more conveniently and more discreet than smoking.

The Disadvantage of Vaping

There is limited data on the long-term effects of vaping because it is still relatively new.

Vaping is still putting something into your body, and that does have risks:

The main benefit of smoking compared to vape is that it usually has a more powerful overall effect. Nor does smoking require much investment. Plus, the whole smoking ritual can be addictive -- roll up a joint or pack some herb in your favorite glass bong, which is another reason why some people still smoke the old-fashioned way. Finally, smoking is relatively inexpensive to maintain, and it's easy to roll up your joint or a cigarette, and its the most portable way to smoke.

The Disadvantage of Smoking

In the long run, smoking will do a lot of harm to the body:

Is Vaping Weed Better Than Smoking?

"Better" is very subjective, but the majority of studies would indicate it does less harm. For example, if you're looking for a safer, more discreet way to smoke, or if you're a medical marijuana patient, it might be for you. But smoking is the cheapest way to do it. Just keep in mind the downside that comes with it.

The choice is yours, but every smoker should at least try vaping to see if they like it. The difference between smoking marijuana and smoking vaping marijuana can be huge. With a good vape, the taste will be more mellow, with different varieties of taste more noticeable. Terpene connoisseurs who start using vapes will find it hard to return to putting their precious buds in joint instead of enjoying every drop of flavor.