How Do You Get Reclaim From A Dab Rig? 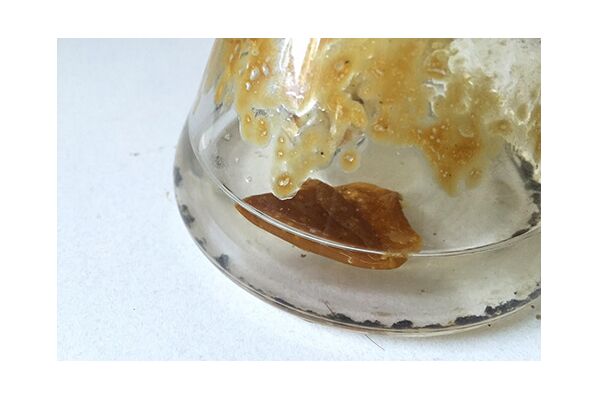 How Do You Get Reclaim From A DabRig?

When your dab rig looks filthy, and it doesn't hit a smooth as it used to, you need to sort out that reclaim.

Getting all that reclaim from your rig can be quick and easy with these few short steps. You'll also be able to take all the wax residue out of the rig and reuse it!

Not only does collecting that reclaim make your rig shine like new, but you also get a lot of reusable wax in the process. Let's get to the topic of how to recover reclaim from a rig! 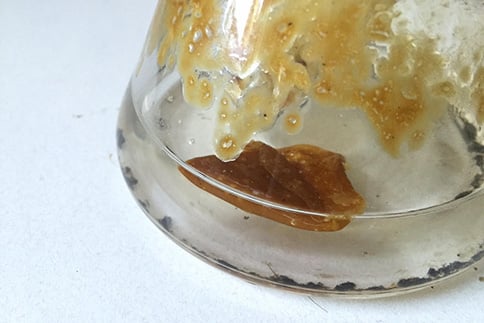 Like the resin leftover from smoking weed, reclaim is the residual wax left on the rig after taking a dab. Unlike resin, a byproduct left over from the smoke residue, dab residues are just wax.

It's already been heated, which has burned off the terpenes and caused the wax to decarboxylate.

But even though the flavor isn't great, there's still a large amount of recyclable wax available.

Reclaim tends to accumulate around the joints, percs, and the neck of the rig. Too much residual wax can make your rig look, smell, and taste unpleasant to dab with, so it's wise to keep on top of cleaning it.

Thankfully, it is a reasonably easy job to clean up a rig and collect that wax residue. 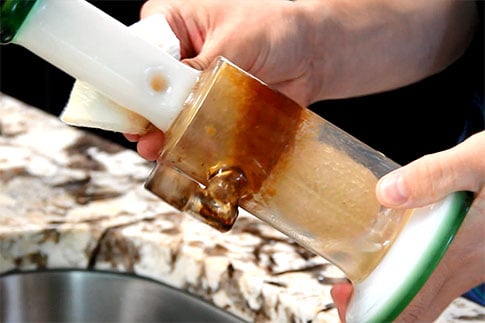 Can I smoke reclaim？

While reclaim wax can have up to 60 percent of the original wax's potency smoking, it is not the best experience. This is because all the terpenes and flavonoids have been removed in the first heating cycle, so it won't taste anything like the lovely fresh wax you're used to dabbing.

Instead, you'll get a harsh taste, and as reclaim it is only half as potent, you'll need to vape twice as much of it.

That being said, dabbing reclaim is relatively safe and will taste much better than smoking resin. But instead of vaping your reclaim, we suggest you ingest it. Since it has already been decarboxylated, the wax has been activated and can be processed through the liver for an excellent slow release and long high. However, this effect can only be achieved by ingesting the reclaim orally.

As reclaim doesn't taste very good by itself, we suggest mixing it with some strong-flavored foods. Chocolate, icing, and other baked treats are common foods used for this.

Do not heat the reclaim above 314F, as this is the temperature at which the wax will begin to evaporate.

Whether you want to eat or vape your new product, it's safe to do so. The next question is, how do you get this reclaim out of your rig? 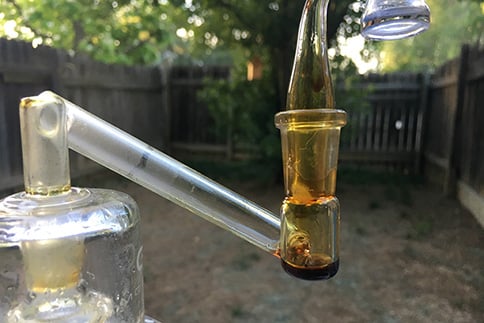 How do I collect reclaim from a dab rig？

Before cleaning the rig and collecting the reclaim, it is important to consider what you want to do with the recovered wax.

If you plan to smoke, you can use a high-purity ISO alcohol, which is pure alcohol and water.

If you plan to eat your reclaimed wax then use a high percentage of grain alcohol (such as Everclear) instead. Although both alcohols should be wholly evaporated from the reclaimed wax, it is wise to use an edible solvent when producing an edible reclaim.

With this in mind, you can collect the reclaim from the rig in four simple steps: 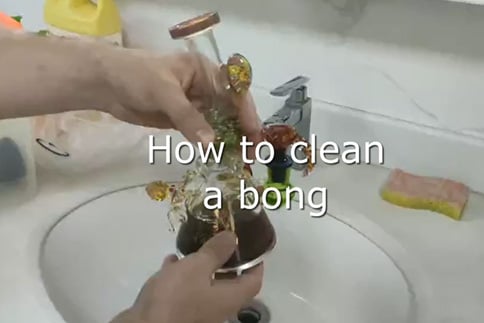 That's it! All done! The whole process takes 15-30 minutes and makes your rig sparkle like new again. If you're looking for a faster way to recycle, using a drop-down device on your rig will help keep it clean, just like an ash catcher keeps a bong clean.

The reclaim is concentrated in the drop-down, not in the rig itself, so it is easier to collect, and the rig stays cleaner for longer.

Though some may look down on using reclaim, they are the ones who are missing out.

Unlike the cannabis flower resins, which are essentially tar, dab reclaims very similarly to fresh wax. It retains many of its therapeutic and psychoactive properties but lacks the tasty terpenes and flavanoids. Whether you smoke or eat it, reclaim makes sense and get the most from your concentrates.